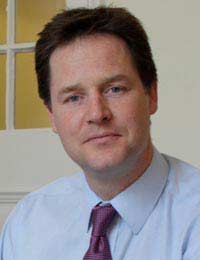 Ever since the Human Rights Act came into force in the UK it has divided opinion.

Whose Human Rights Are Being Protected?

In recent years the subject of human rights has hit the headlines on a regular basis. Often the individuals concerned face criminal charges, are suspected of an offence or are seeking asylum in the UK. Amongst some sectors of the UK's population there may be a belief that human rights are contingent upon the individual behaving lawfully – or, perhaps, holding a particular nationality.

The Conservative Party’s Approach to the Human Rights Act

The president of the European Court has been critical of the Conservative Party’s proposal to repeal the Human Rights Act and to bring human rights law back under the control of UK judges. He said that it would create a complicated legal situation and threaten the protection currently offered by European human rights law.

The Coalition Government and Human Rights

European Human Rights Law or a British Bill of Rights?

The stated aim of a British Bill of Rights is to preserve and restore the rights and civil liberties which are fundamental to British society. Many of these civil liberties are considered to have been eroded in recent years. In addition to preserving – and enshrining in law – “British” rights and liberties, a British Bill of Rights could also incorporate the obligations contained in the European Convention on Human Rights. This new law could replace the Human Rights Act to ensure that European human rights law is implemented in a way which preserves the security and sovereignty of the UK. A new law could also redress the perceived imbalance in the current application of human rights law.

The decision not immediately to repeal the Human Rights Act has angered many Conservative party members. It may also alienate some supporters who believed that, by voting for the Conservative Party, they were voting for the end of a controversial law. Achieving a viable coalition government has led to compromises by both the Conservatives and the Liberal Democrats. Some of these compromises will inevitably anger supporters of the respective parties and lend ammunition to opponents who interpret the willingness to compromise as a loss of political integrity.

Do I Need to Worry About Human Rights?
Share Your Story, Join the Discussion or Seek Advice..
[Add a Comment]
social services have stopped me from seeing my grandchildren saying my son cannot protect his children from me they then removed the children from my son saying my son myself and his partner were hurting the children etc they said the police were involved due to these accusations made by the childrens mother the police have never been involved we have never been interviewed by either the police or social services the police have given us in writing they have never been involved etc etc social services made a report for the court also a social worker made a statement for the court in this statement he stated a pack of lies which we have proof are lies made by the mother and the social worker the statement is libelous and defamatory against both myself and my son and this can be proven also but the judge has not asked for evidence of any of the facts stated against us he will also not look at the historics etc etc l have not seen my grandchildren for seven months due to this. my son was told he could see his children but had to be supervised this was fine up until the mother went against the court order and stopped this contact for no reason she also changed their school going against the order. we went back to court on monday and still the judge has not asked for proof or evidence against what has been stated against us social services finished seeing the mother after the last hearing and they had made sure she had the children my son has had his children for 9 yrs they are 9yrs old and 8 yrs old the mother has never had any real interest in them it was proven she had been hurting them etc etc this was the reason my son had a residency order all these yrs for the children social services would not even listen to my son about the historics the mother had contacted them after she decided to go back to court to have the children she told them a pack of lies and to date these lies have never been investigated what are our rights because we believe we have the right to a fair hearing innocent until proven guilty but this judge does not want to know
fran - 3-Feb-16 @ 11:13 PM
There is a Human Rights abuse being conducted within the NHS. 1. secret unsafe clinical trials 2. Conditioning/ intentionally making people ill. Supply and demand the more people ill for clinical trials. 2004 change in policy the use of humans in clinical trials is open to abuse. Banking sector behaves with impunity, unethical behaviour becomes a norm. It is worst in the NHS. At least in the banking sector most activities are visible. The NHS the abuse is secret. When there is no transparency there is no responsibilities and accountabilities. No review on clinical trials by MHRA No lengthy paperworks Fast access to test results/harvest test results. It is important that other countries can check & balance other member countries for abuse of Human Rights. UK Bill of Rights, will EU able to have a say what is going the human rights abuse within the NHS?
Elena - 6-Jul-15 @ 4:57 PM
The European Convention and The 1998 UK Human Rights Act are both in violation of The International Bill of Human Rights and have been from the start of the former in 1950. The Universal Declaration of 1948 was 'Proclaimed' as "The International Bill of Human Rights", not 'an International Bill' that could be ignored by any and all UN Member States. By doing so in 1950 the Council of Europe violated its Articles 1 & 30, as well as the UN Charter, because they excluded almost all Economic, Social and Cultural Rights, and made the few they included 'optional' for States to implement. Yet no UK Lawyers and Barristers are interested in using The International Bill of Human Rights, which has been "legally binding" since 1976, and the 20th Aug 1976 in the UK in particular. Even the Supreme Court has ignored that in all of their Judgements as far as I've seen or read. So please check out - http://you.38degrees.org.uk/p/bill-of-rights - and spread the word, about the fight for truth. If a million people supported this they would have to answer it.
HR Fighter - 19-Nov-13 @ 9:55 AM
Get a life Louise, the HRA is here to stay - and anyway lots of lawyers make a good living pushing useless acses through the ECHR. The problem is not that the HRA is binding on the UK but that greedy lawyers push cases through that shoudl have been consigned to the waste bin at first notice.
me - 17-May-12 @ 3:48 PM
Title:
(never shown)
Firstname:
(never shown)
Surname:
(never shown)
Email:
(never shown)
Nickname:
(shown)
Comment:
Validate: