Home > Ask Our Experts > Can You Be Charged Without Caution?

Can You Be Charged Without Caution? 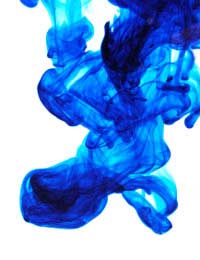 Q.Can you be charged with an offence if you have never been interviewed under caution about it?

This is a thorny issue and has been the subject of a great deal of court cases and newspaper articles. The Police are required to follow stringent procedures when dealing with a suspected offender. On many occasions offenders are detained by the Police under their stop and search procedures, they can then, if they have a valid reason to suspect it, arrest you for having committed or being in the process of committing a crime. What it comes down to is evidence, if you have been caught during the commission of a crime then you can be arrested on the spot, charged at the police station and interviewed under caution. If they have only a suspicion and no evidence then they can interview you voluntarily or under caution, then charge you.

If you have been arrested, you must be cautioned and interviewed ‘under caution’, at which time you will have the right to legal representation. Once they have concluded their questioning they must either charge or release you. In some circumstances they can ask a magistrate or crown court judge to give them permission to keep you in detention for longer than the normal 24 hours.

Once you have been charged you must be produced before a magistrates court at the earliest opportunity where you can either be committed for trial (if you plead not guilty) or for sentencing (if you plead guilty), for minor offences the magistrates could sentence you there and then but their powers are limited and the majority of them seem to prefer the sentencing to be dealt with by a higher court, for more serious offences.

Sometimes people can be asked to attend the police station voluntarily to help with their enquiries. This will be done without a caution and you are free to leave at any time. If, from the result of your answers, they believe that you may have been involved in a crime, they must then caution you and proceed with a formal interview followed by charge if appropriate.

One point that must be stressed is that you are entitled to legal representation; it is highly recommended that you avail yourself of this right at the earliest time. Do not let yourself be fooled into believing that you don’t need a solicitor or have the right to remain silent. The act of staying quiet can be construed against you so, if in doubt, seek legal advice.