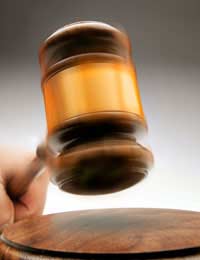 The Human Rights Act 1998 is an act of Parliament which brought into the British Legal System certain elements of the European Convention On Human Rights.

To the ordinary man or woman on the street, the Human Rights Act is probably, at best, a mystery left to the purview of politicians and social commentators. At worst, I have heard it called a ‘reason for the do-gooders to get bent out of shape when protecting ingrates and CRIMINALS’; I would like to stress that this is the personal opinion of a friend and not my own commentary on the issue!

In point of fact The Human Rights Act is quite possibly the most important piece of legislation to be issued by the British Government; it is the beginning of legitimising a movement that has been in existence since before the Nuremberg Trials, as far back in history as the French and American revolutions. It is about admitting that not everyone is as nice as we would like to think they are and showing a united front to those who would seek to deal in injustice and oppression.

This all sounds very lofty and noble, doesn’t it? But it is a sad fact that we can no longer rely on our society, or the world at large, to treat us, and each other, with the respect we deserve. Many would argue that we are born with obligations to treat people with dignity and in the manner in which we expect to be treated. Somehow these ideals often seem to be forgotten over time. This is not an issue of religion or philosophy, although there are those who would seek to make it one; it is about common decency and consideration for others.

To redress the balance it would seem to be easy to simply call for a world, and a society, that bases itself on respect for human rights; it is however a continual struggle to adjust current attitudes and, bizarrely, to explain to people why they need to respect the enigma that is ‘Human Rights’.

Isn’t This Just an Issue in Other Countries?

The Act itself does not just deal with the ‘big’ issues of torture, discrimination or slavery (all things that, thankfully, are largely restricted to other countries); it is also concerned with the very down-to-earth principles of a right to food, housing, privacy, health, equality and freedom of speech, to name but a few.

In a very real way the Human Rights Act begins to re-affirm those obligations that we forget and seeks to set them in stone, and in history.

It would be nice to think that the British Government was the arbiter of this change but, sadly, no. Our own Human Rights Act is a way of bringing some parts of the European Convention On Human Rights onto our law books. The actual chain of events is not the subject of this article; how our human rights laws originated could be seen as quite complex and is the subject of great legal tomes and lengthy debate. The greatest debate appears to be that The Human Rights Act only gives responsibility to public authorities, the act is still too young to be definitively applied to individuals. Hence, private claims for breach of Human Rights tend to go straight to the European Court Of Human Rights.

Essentially The Human Rights Act sets out our responsibilities as a society. As with any form of legislation, there are always people who would seek to interpret the content for their own ends; it seems very popular to start shouting about a violation of human rights whenever all other avenues are exhausted but the very fact that this is possible is a very real principle of the Act itself.

Do I Need to Know?

Yes, well, I certainly think you do. It is not enough to just know that something is wrong. The Human Rights Act gives us the legal right to stand up and be counted. It should not, therefore, be discounted as just another politically correct piece of legislation. It may only be in its relative infancy but, as members of society, we have a right to know what our law-makers are doing on our behalf. This does not just mean listening to the media interpretation of legal decisions; we can all be outraged by sensational headlines, such as the burglar given a right to sue a homeowner when he is injured during the commission of a crime or the foreign criminals allowed to stay on our shores. Being a member of a society brings responsibilities along with the rights and it is our responsibility to know that, while we are incensed by headlines, the same laws also protect us, as individuals and as a community.