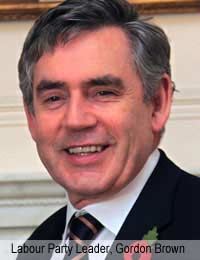 All legitimate political parties in the UK are likely to make upholding human rights part of their stated aim. However, the parties may have different ideas about what constitutes fundamental human rights and how best to protect those rights. Amongst human rights topics most likely to ignite a lively political debate are ID cards, detention without charge and the DNA database.

Here we give a brief overview of the different human rights policies of the UK’s three main political parties.

The UK Labour Party states that it is the party of equality. Labour says that it is striving to achieve a fair and inclusive country where no one faces discrimination because of their race, gender, disability, religious belief, sexual orientation or age.

The Labour government set up the Equality and Human Rights Commission (EHRC) to rationalise the governance of equality and discrimination, which had previously been overseen by three separate bodies with responsibility for different types of discrimination. The EHRC’s principal function is to ensure that human rights and equality in the UK are monitored and enforced. At the same time a new government department was created – the Government Equalities Office – which has particular responsibility for equality law and policy.

Amongst the Labour government’s initiatives with the greatest relevance to human rights law are: strengthening the laws on the accessibility of goods and services to those with disabilities; and, the introduction of civil partnerships for same sex couples. A new Equality Bill is currently being debated in Parliament. This was first proposed in 2008 and is intended to modernise, and increase the effectiveness of, equality law. In addition to other changes, the new Equality law would impose an “Equality Duty” on public authorities.

The Conservative Party believes that the Human Rights Act has been exploited by lawyers who have used it in such a way that it subverts the original intention of the legislation. In the bluntest of terms the Conservatives believe that the balance may have tipped too far in favour of protecting the rights of those suspected, or guilty, of crimes rather than the rights of the honest citizen. For example, a Conservative may argue that burglars are given greater protection by the Human Rights Act than the innocent homeowners they target.

The Conservatives also believe that a non-elected (and arguably un-accountable) judiciary should not have the power to veto human rights initiatives put forward by an elected government. Many Conservatives think that the Human Rights Act only gives the impression that human rights are protected and respected in the UK; whilst, in fact, the rights and liberties of ordinary citizens are being ignored.

The Liberal Democrats propose a “Freedom Bill” to correct changes in law by previous governments. The Bill addresses specific clauses in earlier legislation which took away what the Liberals consider to be fundamental rights and freedoms – such as the right to a jury trial and the right to privacy. The issues covered by the Freedom Bill include ID cards, the detention of terrorist suspects, the unbalanced extradition treaty with the USA and data protection.

Do I Need to Worry About Human Rights?
Share Your Story, Join the Discussion or Seek Advice..
Lawlessness within the NHS. Patients conditioned for experimention infecing diseases, injected drugs that made people ill & subjected to secret clinical trials. Streamlining procedure for clinical trials to be approved by 28 EU Ministers will make matter worst.
Elena - 30-Jan-16 @ 9:21 PM
A person so sick with cancer and now have to be depending medications, but the medicationare not available with follow up treatments where he comes and without the medication he will die. He got Refused by the immigration Home office, and later also refused again by the tribunal courts. He So worried and secried of what'sis going to happen.
U - 3-Dec-15 @ 5:53 PM
"This legislation brought European Union human rights law into effect in the UK." Seriously?
John - 17-Oct-14 @ 12:38 PM
Title:
(never shown)
Firstname:
(never shown)
Surname:
(never shown)
Email:
(never shown)
Nickname:
(shown)
Comment:
Validate: