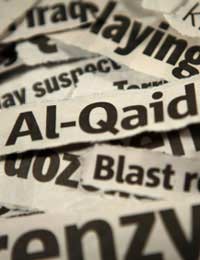 The spectre of terrorism is something that we have all had to learn to live with in recent years. From the atrocities of 9/11 and 7/7 to suicide bombers killing in war-torn countries, we have had to learn to deal with the fact that people are prepared to go to unthinkable lengths to defend what they believe in. Everyone is entitled to their opinion, in fact Article 10 of the Human Rights Act gives freedom of expression, but this is subject to provisos – essentially, no harm should be done by virtue of the exercise of that right.

I don’t propose to go into the thought process that translates religious or political belief into murder and mayhem; I believe that everyone has the right to practice their own religion in a peaceful and unfettered way. The Human Rights Act gives this express freedom under Article 9 (Freedom of thought, conscience and religion) but, again, with the caveat that those who follow another faith or political philosophy should not be harmed. So, let us put both religion and politics to one side and consider how the rising threat of terrorism could affect our human rights.

Where Do We Draw the Line?

The majority of the legislation, rules and procedures already in place in our law books are weighted towards the protection of our human rights. However, how do we balance this with protecting our citizens and preventing terrorist acts? Is it acceptable for our Government to make sweeping changes to the law in the name of national security? The biggest question here, however, is just how far we can erode our human rights for the purpose of preventing terror attacks. Many political commentators and academics would cite that it is not acceptable to accept any changes that would infringe on the rights of the individual, no matter what he/she is deemed to have done, or be planning to do.

Still more would state that to give this question too much debate is to give in to what the terrorists want; a cause that is suddenly in the public eye. Is it possible that by the act of infringing our human rights and civil liberties we are actually ‘feeding’ the terrorists’ cause; giving them even more justification for their actions.

Our Rights are Not Absolute

Taken logically we already accept a certain curtailment of our rights, and have done so for many years. For instance, our right to marry is restricted by laws stating who we can marry and at what age we can get married. It is therefore very difficult to argue that our rights are set in stone and cannot be changed at the whims of a government, it is happening all the time. Is there any real problem with further restriction if the goal is to protect us from wholesale slaughter?

All That it Takes...

‘for evil to succeed is for good men to do nothing.’ This quotation is often mentioned and rarely understood. It seems to be a signal for patriotism and action but if so, it could also be seen to be flawed. If we rally to defend our nation against what are essentially single attacks, we turn them into one campaign, giving the terrorist groups far more legitimacy. We would seem to be inferring that we are at war, that the enemy therefore is not within our own shores but from outside. By extension it turns the terrorist into a soldier when what they are is murderers; anyone who willfully kills innocent civilians is a murderer.

I am not suggesting for one minute that we ignore the threat they present, in the hope that they will go away, like a screaming child in a supermarket, but if we allow our leaders to decide that we are at war then we will allow them to take away a great many of those freedoms that we cherish and we will turn our democratic nation into a police state, all the while making those who would harm us martyrs for their cause.

Your Rights as a Prisoner or Detainee
Share Your Story, Join the Discussion or Seek Advice..
i hardly ever use an airport only when i go on holiday if i am lucky enought to afford it .its bad enought you have to fork out for the expence of air fare .now by there dictates you have to by there food and drink which can be more expensive than a normal shop.its all ready a dictatorship.you have to take your shoes of and your belt.what gets my goat is that i want to go on holiday and enjoy the sun .just because someone doesnt like the look of you because of your faceual features they can ask you to go to one of these full body scanners.i totally disagree its infringing my human rights and would not go .say hyperfectically i know i would refuse so they wont let you on the plane you paid for and the expense to get there have i the right to sue then for not completing there contract with me .i do not mind a hand held metal scanner .but totally refuse this disgrace to a human civil and human rights these full body scanners should be outlawed as perversion no one has the right to see you naked only your wife or partner and your doctor in some certain circumstances
mydrights - 20-May-11 @ 2:54 AM
Title:
(never shown)
Firstname:
(never shown)
Surname:
(never shown)
Email:
(never shown)
Nickname:
(shown)
Comment:
Validate: