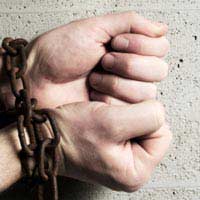 Reconciling the fundamental human right to be free from torture with the fight against global terrorism - can extraordinary rendition ever be justified?

The Right to be Free from Torture

Under Article 3 of the European Convention on Human Rights it is a right of all individuals not to be subjected to torture. This right is considered to be so fundamental that, under the terms of the Convention, there are no circumstances in which torture can be justified.

Article 3 of the European Convention on Human Rights became UK law in October 2000 when the Human Rights Act 1998 came into force. The Human Rights Act places an obligation on the UK government to ensure that individuals are not subjected to torture or to degrading or inhuman treatment or punishment.

What is Extraordinary Rendition?

Extraordinary rendition is a process by which one country secretly transports suspects to a second country for interrogation. It will be illegal to use torture as a method of obtaining intelligence in the country from where the suspect is transported. The country to which the suspect is transported could – or, more likely, will - use torture as a method of interrogation.

It is believed that extraordinary rendition has been used by the USA’s intelligence services since at least the 1990s. However, the practice became fully public after it was used in relation to individuals detained in the post 9/11 “War on Terror”. In 2008 it was finally admitted by the UK’s government that planes being used for the extraordinary rendition of suspects landed, and refuelled, on British territory. Some human rights organisations have voiced concerns that the UK government may have directly or indirectly permitted British passport holders or residents to be tortured by facilitating the American practice of extraordinary rendition.

Being suspected – or convicted – of a crime does not mean that an individual immediately loses all of his human rights. Some of the human rights set out in the Human Rights Act are conditional and may therefore be lost if an individual has breached his responsibilities as a law-abiding citizen. This is why it is not considered to be a breach of the human rights of a person convicted of a crime to put them in prison. By committing a crime they have forfeited their right to liberty. However, as stated above, the fundamental right to be free from torture can never be lost.

The Use of Information Obtained Through Torture Abroad

Under UK law no court would allow the police or intelligence services to rely on evidence that was obtained through torture. To obtain evidence in this way would be illegal. Many people also believe that any information obtained through torture will be inherently unreliable. However, the UK is amongst countries which have been criticised for sharing intelligence with countries which do use torture to elicit information from detainees. Critics of this policy say that by using such information the UK government effectively becomes complicit in the torture.

The role of the UK government may be even more troubling in cases where they may have done more than simply turn a blind eye to the ‘questionable’ practices used by foreign intelligence services. If the UK government facilitated extraordinary rendition, they may have contributed to putting individuals into a situation where they would be tortured.

Torture and the Moral Dilemma

Some people believe that torture may be justifiable if it could prevent a terrorist attack – such as those which took place on 9th September 2001 or 7th July 2005. However, in reality individuals may rarely be detained and interrogated in this kind of “ticking bomb” scenario. It is more likely that an individual will be detained because he is suspected of, or has been charged with, a terrorist offence.

Usually, information obtained from a detained terrorist suspect will be used to implicate that individual, or others, with a view to convicting them at trial – not to prevent an imminent terrorist atrocity. Any information obtained by torture would be useless in court. Those who advocate the use of torture in such circumstances overlook the fundamental principal that we are all innocent until proven guilty. They also, presumably, make the assumption that they themselves could never be falsely accused of such an act.

Your Rights as a Prisoner or Detainee

Slavery in Today's Society
Share Your Story, Join the Discussion or Seek Advice..
My partner has just been giving a two year sentence he is a smoker and smoked forty a day surley he can't be expected to just stop because no smoking in prison without any help
Helen - 13-Jan-21 @ 4:42 PM
Sentenced to 6 months in Spanish jail I didn't do this crime can I be take ing back to Spain
angie - 2-Apr-17 @ 11:47 AM
my son has been locked away for 14 yrs under section 3 my boy wouldn't harm a fly Birmingham moved my son 150 miles away from his hom town of Coventry away from family promised us he will get sheltered housing he's now been in Manchester alfa hospital for a yr he has been given injections which haven't worked 2 lots now he's being locked in isolation for 11 wks because there mistake and barred me since 16th July seeing my son I am at breaking point my son has never been subjected to this treatment he was happy smart comeig home going shopping in April this yr I have photos to prove this they the docter have destroyed my boy I have told the world step by step mps prime minister omnibus docters no one listens its going to be to late I no im his mother that loves him dearly I was seeing my son every week even though they moved him 150 miles away from our home town but now they have started and have said yes injections wasn't helping and destroyed my boy whom like I said is locked away in isolation seeing no family since 16th July why didn't they the doctor's leave my poor boy alone please help me find the justice my boy so deserves please im begging you from my heart as a mother
karon - 11-Oct-15 @ 2:43 PM
Title:
(never shown)
Firstname:
(never shown)
Surname:
(never shown)
Email:
(never shown)
Nickname:
(shown)
Comment:
Validate: