Home > The Law Explained > The Right to Life

The Right to Life 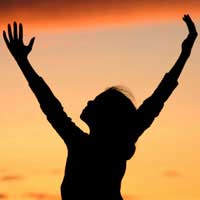 Article 2 of The European Convention for the Protection of Human Rights and Fundamental Freedoms (ECHR) contains the right to life. It states that:

The Human Rights Act 1998, which came into force in 2000, means that the right to life contained in Article 2 of the ECHR is also part of UK law.

In order to uphold the right to life signatories to the ECHR must ensure that the laws of their country uphold this right. The UK satisfies this requirement because both murder and manslaughter are criminal offences.

Exceptions to the Right to Life

The right to life under Article 2 is not an absolute right. Article 2 of the ECHR includes several specific exceptions to this right. The first exception is that an individual’s right to life may be overridden if they are sentenced to death by a court following their conviction for a crime. (However, see below: The Right to Life and The Death Penalty.)

Article 2 also states that an individual may lawfully be deprived of their right to life if it is necessary to do so in order to:

Where an individual is killed in any of the above circumstances, their right to life may have been breached if the force used was more than was absolutely necessary to prevent the relevant circumstances from occurring.

A public authority – likely to be the police, the armed forces or prison authorities - which kills an individual in one of these circumstances will have to show that the use of force itself, and the amount of force used, was necessary and that the individual’s human rights were not thereby breached. A death in such circumstances is likely to lead to an inquest or inquiry at which the question of whether the individual’s human rights were breached will be decided.

The Right to Life and The Death Penalty

The UK has brought both of these amendments into force and therefore under current UK law no one can be sentenced to death.

Application of the Right to Life

There are various situations where the state’s or a public authority’s duty to protect an individual’s right to life may be invoked. For example:

Where the Right to Life Does Not Apply

The Right to a Fair Trial to No Punishment Without Law
Share Your Story, Join the Discussion or Seek Advice..
On 3 July 2010 during Brittan's Biggest Man Hunts for Raoul Thomas Moat Northumbria Police warned the public not to approach Moat who was armed and dangerous. When I located Moat I contacted police to say I was following the suspect and asked for armed response to take over but no one came Suspect vehicle drove in to car park and I was recording events as they unfolded police told me to get closer, I'm driving around car park looking for a armed and dangerous man and in reality I could have been shot as Northumbria Police knowingly put my life in danger and in doing so I am of the belief Police violated my Right to Life Fortunately I am still alive Google RM03072010
:Anton - 30-Mar-19 @ 3:20 AM
I had the misfortune to have had my cancer misdiagnosed by around 10/15 doctors, across three counties. The result being when I was properly clinically assessed my liver spleen and cancer were very badlyaffected, and had been for rather a long time (around 1983). When the major organs finally become affected, we know this is "terminal cancer"I had been told around 1991 by my GPmy condition was "incurable"1996 I was dying and it was at this time my cancer was detected by a specialist .A very long harrowing story. The whole dreadful experience wiped out a great number of precious years ofmy life. And caused my two children immense unnecessary distress and heartache.This apart from the physical suffering, loss etcinflicted upon me,as a result of thecatastrophic errors made by these doctors,is a crime against humanity. I made numerous efforts to seek justice,as to why these doctors made such graveerrors, and to have the whole matterbrought to it's rightful conclusion, as a matter of public concern. Those people in positionsof trust who failed to respond when I approached them with this matter, and the doctors concerned, should be in a court of law today.
Katie - 17-Apr-16 @ 4:53 PM
This is such a good website. It tells me what I need to know!.
Bills here - 15-Mar-11 @ 10:14 AM
Title:
(never shown)
Firstname:
(never shown)
Surname:
(never shown)
Email:
(never shown)
Nickname:
(shown)
Comment:
Validate: