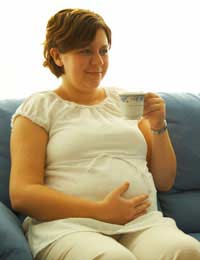 In the UK the right of women to choose where and how they give birth is widely respected. The NHS can often accommodate a range of different birth choices to allow women to choose the method with which they feel most comfortable. However, there may be instances when the supervising medical professional wishes to override a woman's preference on medical grounds. The professional opinion may be that a particular birth choice places the unborn child and / or the mother at higher risk.

Two main questions may arise out of this topic:

The United Nations Convention on the Rights of the Child

The United Nations has set out the fundamental rights of all children. As with the European Convention on Human Rights these rights are deemed to apply to all children regardless of race, gender, parentage, location or other differences. The Preamble to the Convention specifically states that the rights contained in the Convention apply to children both before and after their birth.

Article 3 of the Convention states that in all actions relating to children the interests of the child must be a “primary consideration”. Article 6 recognises that every child has the right to life. Article 24 requires steps to be taken to ensure that medical assistance and health care is given to all children. The UK ratified the UN Convention in 1991. This means that the UK should usually take steps to uphold the declarations contained in the Convention unless specifically exempt from doing so.

The European Convention on the Exercise of Children's Rights aimed to bring the UN Convention into effect in the EU and contains similar provisions.

The Pre-Birth Rights of Children

The question of at what point a developing collection of cells becomes a being with human rights is deeply emotive and complex. Reasonable answers may range from the moment of conception to the moment of birth – and include every stage of development in between.

It is clear that international human rights law deems human rights to apply prior to birth. The current law in the UK (but not Northern Ireland) is that abortions may, subject to certain requirements, be carried out at up to the 24th week of pregnancy. However, medically necessary abortions may be carried out at any stage if the birth may present a serious risk to the mother's health. When deciding whether an abortion is appropriate the risk to both the mother's physical health and mental health may be taken into consideration.

By reducing the “normal” limit for abortions to 24 weeks UK law seems to recognise that a foetus has acquired some additional human rights at this stage of its gestation.

Giving Birth in the UK

The vast majority of women who give birth in the UK do so under the care of the National Health Service. The NHS currently permits most pregnant women to decide how they give birth – whether in a hospital or at home. Women may also choose to attend a hospital or pregnancy clinic other than the one in their local area. Facilities vary from area to area but the principal of patient choice is now heavily promoted by the NHS.

In practice pregnant women in the UK may feel that they are pushed towards using a particular hospital – generally their local one. Different health authorities may favour different types of births and some women may not realise that they are entitled to choose where they go. Further, a woman who has chosen to have a home birth, for example, may then find that her choice is overridden by a midwife or doctor who deems this type of birth to be too risky for the mother or unborn child.

The medical profession's responsibility to both mother and child may involve ensuring that a birth is as risk-free as possible. Arguments about the relative safety of different birth methods continue - with those on either side of the argument interpreting the statistics on the risks of the various methods in different ways. Whilst a woman’s right to choose how she gives birth is widely respected, it may not always override the rights of the unborn child.

Human Rights and a DNA Database
Share Your Story, Join the Discussion or Seek Advice..
Bastards evil want slapping themselves then jailing please don't leave it seek advice am discusted ??????????
Lea123 - 15-Aug-16 @ 11:57 AM
So i have this friend i just gave birth to her little girl in SA . She had paid in full what i believe to be R2900.00 to one of the hospitals in which she was to be treated as a private patient only to be shoved in a room where she was then told that she wasn't to make any noise which is impossible during labour the midwifes then continually slapped her inner thigh and foot after having this done several times the midwifes then stepped outside the room were she then over heared two of the midwifes discussing amoungst themselves about transporting her to another hospital as they did not want the responisbility of looking after her by this point she had become full dialated she was then taken out of the room and left in the lobby awaiting the arrival of the paramedics whilst waiting for the paramedics she was then told to cross her legs and not push one of the alleged midwifes then held her legs crossed. when the paramedics arrived theyhad told the midwifes that it was far too late to transport the patient then midwifes werepersistant to have the patient removed from there care so the paramedics then pushed the patient into the ambulance where the patient then gave birth to her child. I was just wondering how someone would make a formal complaint to the United Nations or someone of high power like the United Nations under the Human Rights Act violation? Thanks.
bubbah - 20-Jan-15 @ 10:10 AM
Title:
(never shown)
Firstname:
(never shown)
Surname:
(never shown)
Email:
(never shown)
Nickname:
(shown)
Comment:
Validate: