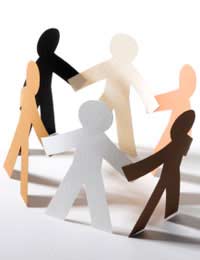 What Are Civil Liberties?

Civil liberties are the rights and freedoms that protect an individual from the state and which are underpinned by a country’s legal system. Civil liberties are the basic freedoms granted to a country’s citizens – they are often defined by law (including, but not limited to, human rights law) and evidenced in government documentation. People need not earn civil rights - citizenship automatically confers them in most cases. Civil liberties prevent governments from abusing their powers and restrict the level of interference in peoples' lives.

Countries around the world may define civil liberties differently - and may, depending on prevailing circumstances, be more or less likely to uphold those civil liberties. This may be as true of notorious authoritarian states, as of countries which are celebrated for the permissive stance they take towards their citizens.

Where Do Civil Liberties Come From?

In 1215, King John of England signed the Magna Carta. At the time, John’s principle motivation for signing the Magna Carta was to placate the medieval barons who were rebelling against the supreme power of the throne. Today it is considered by many people to be the blue print for constitutions and bills of rights all over the world. The Magna Carta guaranteed certain basic levels of treatment for the people and limited the government’s ability to act without reason or to abuse its power.

A well known example of a Bill of Rights actively followed and upheld by its people is the one enshrined in the Constitution of the United States. This automatically grants citizens and residents certain civil liberties - including the right to speak or write freely, to assemble when they want, to practice the religion of their choice and to “bear arms”. These rights are frequently relied upon in the American courts.

Human Rights and Civil Liberties in the UK

Whilst the UK may not have a written constitution, setting out the civil liberties and rights of its citizens, it has a long common law history of recognising certain freedoms. Indeed, many written constitutions around the world are based on the rights long upheld by the British courts. An example of a very old English right is “Habeas corpus” – which appears to have been in effect in the UK since at least the 14th Century and may pre-date the Magna Carta. Under this rule anyone who has been arrested, or deprived of their liberty, may request that they are presented before a judge so that the legality of their detention can be judicially determined. It has been argued that the spirit of this ancient law has been severely undermined by the introduction of modern anti-terrorist legislation.

Civil Liberties Around the World

In countries all over the world people argue for greater freedoms to be accorded. In America and other Western societies, for example, there have been campaigns to extend the right to marry to all people regardless of their sexuality. In more restrictive countries, some people risk their lives in support of basic civil liberties such as free speech, the right to peaceful protest and freedom of assembly. What constitutes a civil liberty may depend very much on the country that a person calls home.

Human Rights and a DNA Database
Share Your Story, Join the Discussion or Seek Advice..
[Add a Comment]
Hi Karen, I am so sorry about your situation, I want to say that your son does not blame you, and that it's the system at fault, and as usual we always need a lawyer and cant afford one. Have you tried writing or calling or making your complaint to the governor, DOJ, attorney general, the place where they have your son and demanding they take him back, . I say tell your story and file complaints everywhere to everybody until you get an answer, maybe sit down and think about what it is you want to happen and why and stick to that point, be clear that you did not consent to what happened and how thier actions are harming to you and your son, make copies of any answers you get and post your story everywhere to everybody, and pray, pray to our heavenly father for guidance and comfort, he hears our prayers. I am also going thru a similar situation, everyday my heart is in shambles but I have to be strong and have faith and keep trying.
MaBarker - 21-Dec-20 @ 1:38 AM
When someone is cryingfor help, do you help them? How should we ask for help? Why do we not get the help we ask for from our government? How could I help ? where do I start to get a petition going? And could you please tell me, or give me some pointers on how to demand or request something from the government. Thank you
MaBarker - 21-Dec-20 @ 1:23 AM
I was locked up on false charges in 2006 at pentoville prison released after 28 day ,can i still get compensation.
Demmy - 15-Apr-19 @ 4:54 PM
Please help me I am being subjected to an enemy of the State scenario by a Police Officer
Ghost - 1-Mar-18 @ 10:52 PM
Shelly - Your Question:
Please remove my last comment I didn't realise it would be published.
Our Response:
Where did you post it? The previous post on this page is from some time ago.
AboutHumanRights - 30-Sep-16 @ 11:18 AM
Please remove my last comment I didn't realise it would be published.
Shelly - 29-Sep-16 @ 8:51 AM
I need help and justice for my son he has been locked away 13years in a mental hospital it's horrendous no one is hearing me he has been detained 13 yrs for nothing where is justice he has been very poorly bleeding from his mouth he needs camera down his thoart on 16th June if it wasn't for me that wouldn't be taken place it's a nightmare I need help for my son please please hear my crys for help I'm at my wits end no one wants to help it's so unfair he's a good man he's my world I love him with every breath I breath they have taken his life away it's disgusting god help me please I'm begging on my hands and knees for some help he needs out he needs a sheltered accommodation he needs a life before there is a death it's harsh words about my son it's breaking me and his loving family they moved him from Birmingham to Manchester alfa house to be away from his mother me yes me I live in Coventry it's heartbreaking to keep hearing him ask mum when you getting me out my hands are tied behind my bk please I'm begging help us 13years of his life this has to end before its to late there has got to be a god some where I'm begging you.. miss k bailey I live at 11 lowerford street Coventry cv1 5ps
karon - 29-May-15 @ 11:16 PM
You are discussing constitutional law with an American who say UK has no constitution. What does she mean and what's your opinion?
pink - 16-Aug-14 @ 8:07 PM
Judge daley at warrington crown court , called me a liar without any evidence, as i was have always spoken the truth, she said i cannot go back to court without a solicitor, cant afford one , owing 30 grand on divorce already . pls can someone help with me on how to handle my situation !
Bambi07 - 11-Sep-12 @ 12:08 AM
Title:
(never shown)
Firstname:
(never shown)
Surname:
(never shown)
Email:
(never shown)
Nickname:
(shown)
Comment:
Validate: