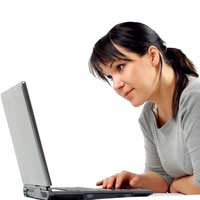 Use of the internet may raise a number of human rights issues. The last decade has seen a vast increase in the number of people using the internet on a daily basis. Some of the potential ramifications for internet users are only just beginning to be recognised.

In 2009, Finland announced that access to the internet was a basic human right. In July of that year a law came into effect which required all Finnish citizens to have access to a broadband internet connection.

In March 2010 a survey commissioned by the BBC found that 4 out of 5 people around the world believed that access to the internet was now a fundamental human right. The European Union has already issued a provision which states that all member states must respect its citizens’ rights and freedoms when taking any steps to limit their access to the internet.

Balancing the Right to Access the Internet Against Regulation of Its UseCountries which recognise the right to access the internet may face difficulties if they take any steps to restrict a person's access to it. Governments may be acting unlawfully if they cut off the internet connections of those who use illegal downloading or file-sharing services. A French court held in June 2009 that access to the internet was a fundamental right and that, as such, the French government did not have the right to cut off an individual's internet access without a court order.

In June 2010 a substantial part of the UK’s Digital Economy Act came into force. The Act introduces comprehensive regulation of various media, including aspects of the internet and electronic publications. It also legislates for universal access to the internet.

The Digital Economy Act includes provisions relating to the sanctions which may be applied for illegal downloading and online copyright infringement. These sanctions include limiting or cutting off an individual’s internet access. Obligations are placed on Internet Service Providers to enforce the sanctions - with substantial fines potentially being levied on those who fail to comply.

It has been argued that the Digital Economy Act was rushed into force - resulting in legislation which infringes fundamental rights and freedoms. In November 2010, two of the UK’s principal Internet Service Providers were granted permission by the High Court to seek a judicial review of the new Act. The review is due to be heard in February 2011. Some observers believe that the judicial review could lead to many of the provisions contained within the Act being declared unlawful. This could result in the Act being partially or entirely repealed.

The legal relationship between the internet and freedom of speech is still not well established. There have been several legal cases which have related to the use of the internet in general and social networking sites in particular. The judgments in these cases may give conflicting indications of the legal position when an individual makes a public, or partly public, comment on a website. The UK’s Supreme Court has said that current libel laws may be outdated in relation to the internet and should not be used to prevent internet users from expressing themselves freely.

Paul Chambers was convicted of a criminal offence for using one of the world’s favourite micro-blogging websites to make an ill-judged comment about what he intended to do if his local airport did not re-open. The law used to prosecute him dated back to the 1930s and was introduced to protect female telephonists working for the Post Office from nuisance calls.

Chambers had originally been arrested under modern anti-terrorist laws but the older law required a lower test for a conviction to be secured. Despite causing outrage amongst other users of the site – and the wider public – his conviction (at date of writing) was ultimately upheld at appeal. It was further held that other users of the site would also be guilty of an offence if they re-posted the original comment. A Conservative MP had to resign after being arrested under the same law for using the micro-blogging website to make a dubious comment. Although he may have elicited less sympathy than Paul Chambers, his case also animated advocates of freedom of speech.

Concerns about freedom of speech have also been raised in relation to the arrest and potential extradition of Julian Assange, founder of a website which facilitates the publication of confidential documents. Many people interpreted his arrest as being politically motivated and saw it as an attempt to curtail freedom of speech in the UK and throughout the world.